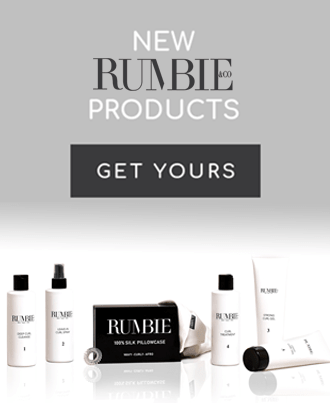 One may be forgiven for assuming Rumbie has only ever been a hairdresser upon meeting her, her passion for artistry oozes, however after taking the time to delve deeper, it is obvious her passion for life, people and community runs far more profound.

Before finding her calling in all thing’s hair, Rumbie was certain life in service was what she would find most fulfilling, and so she began a career in geriatrics. The change in direction was not until her sister was facing challenges with her hair, that she unintentionally decided to pursue a different route. There was an apparent lack of hairdressers who specialised in afro hair.  Proof of this was when her sister encountered several salon mishaps that forced Rumbie to take matters into her own hands (quite literally). Self-taught in braiding and weaves, the line of family and friends requiring her services soon outgrew her loungeroom. With her family’s support, Rumbie decided to cease her career in geriatrics and began an apprenticeship in hairdressing. After renting chairs in multiple renowned salons and a completed apprenticeship in hand, Rumbie developed a loyal client base of those who shared the same need for an expert in wavy, curly, Afro. In 2014 she decided to take the plunge and open her very own Salon, thus Rumbie the entrepreneur was born. 6 years on, the Rumbie & Co is expanding into a new location, on the eve of product line launch, she believes Rumbie & Co is more than a place of hairdressing, it is one of community, belonging and self-development. This is just the beginning of Rumbie’s story.

Book Rumbie to host your next event,  Book in your celebrity guest, beauty expert or maybe it’s a private styling session. Please fill out the below form and our team will get back to you.

For more info on Rumbie and all media related questions, please email contact@rumbie.co

Cosy up... The time has come for all curls to thrive

We Value Your Input

We are here to support you on your curl journey. So, (with the option of anonymity, we’d love to hear back from you)

Thank you for supporting us and for your feedback

Let’s hear from you

Any cookies that may not be particularly necessary for the website to function and is used specifically to collect user personal data via analytics, ads, other embedded contents are termed as non-necessary cookies. It is mandatory to procure user consent prior to running these cookies on your website.